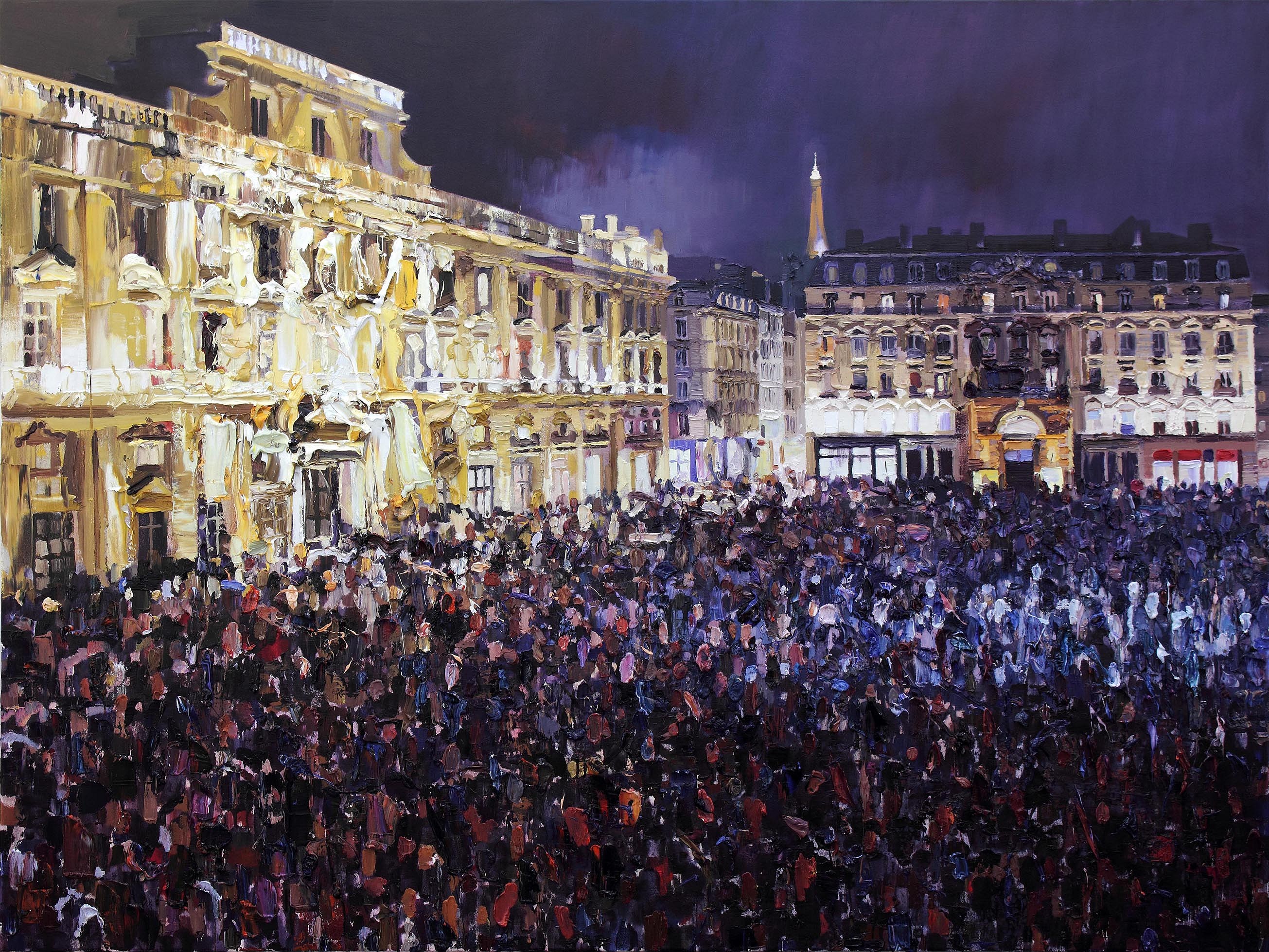 In his second solo exhibition at Everard Read London, South African artist, Nigel Mullins, presents vivid and compelling scenes of recent and historic gatherings that have become momentous and iconic. His painterly exploration makes use of sumptuous impasto, veering between figuration and abstraction without restraint.

Mullins’ large-format works encompass a dizzying view of Trafalgar Square during the Trump protests; a brooding night sky over the Charlie Hebdo protests in Paris; swooping cinematic vistas of Times Square, New York on V.E. day, 1945; smears of kaleidoscopic colour depicting a climate change march in Amsterdam; a vast gathering in Moscow’s Manezh Square shortly before the fall of the USSR; and the 1913 Woman Suffrage March on Washington DC, the crowd rendered in a monochromatic riot of paint.

These works convey the turmoil and restlessness of our times; their power lies in their ability to capture the Instagram-able images of mass gatherings that characterise our era. Mullins’ canvases, with their vertiginous vantage point and lashings of paint, both sensual and viscous, give the sensation of soaring above the crowd and simultaneously falling to earth and merging with the jostling, raucous mass of humanity.